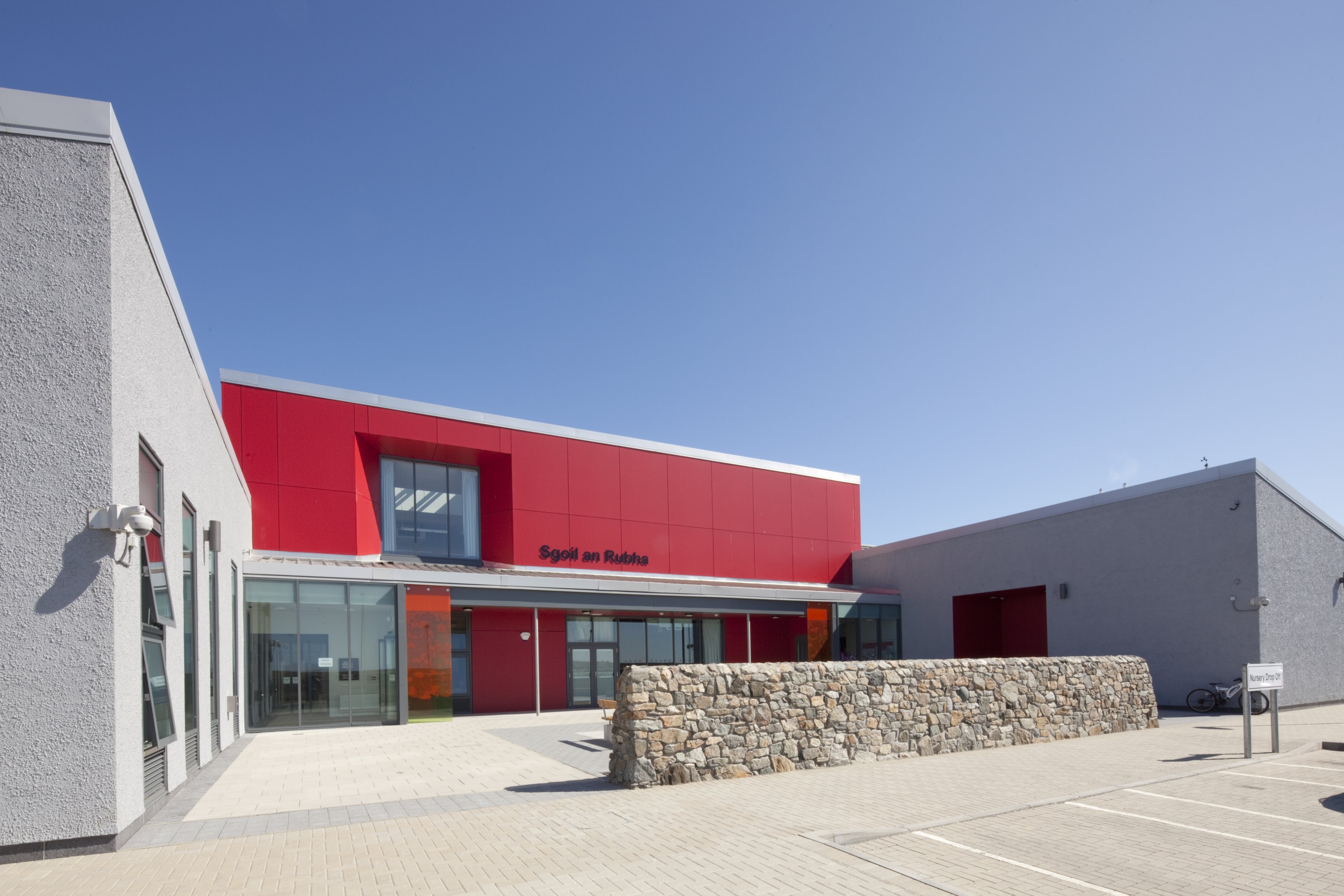 The £70m Western Isles Schools Project (WISP) funded by the Scottish Government was won by FMP.

This project consisted of the building of six new schools across the Western Isles. The design specification for the rainwater harvesting system called for full integration with the Building Management Systems to provide cutting edge technology. JBE Building Services selected our HYDRAPRO systems to comply with the advance specification.

The six schools in the Western Isles each had to achieve a BREEAM Excellent accreditation, one of the most comprehensive and widely recognised measures of a building’s environmental performance. As such rainwater harvesting is central to the sustainability of the school buildings.

The water savings generated by the simple technology are very impressive. The rainwater is collected from the roof surface and is then filtered using one of RHI’s HYDRAPRO FT filters to remove any organic debris washed down from the roof, before it is collected in an underground rainwater harvesting tank.

The filtered water is then automatically pumped back into the building on demand using a low power consumption multistage pump system. The harvested rainwater is used to replace mains water for toilet flushing within the building.

During periods of low or no rainfall, the system will automatically change over to mains water supply, ensuring continuity of supply to the building. As soon as the inevitable rainfall occurs, the system switches back to rainwater supply.

RHI’s HYDRAPRO CPU controls offer market leading system status and alarm monitoring performance which interface via a graphical touch screen display. This user friendly interface ensures that the caretaker at each school can easily monitor and maintain the systems. The S4 SMART CPU’s used in the schools offer the added functionality of communicating directly with the Building Management Systems in the schools. This communication is done via ModBUS and ensures that every individual alarm and status update from tank level to how long the pumps have run is available in the caretaker’s office.

The amount of mains water used for toilet flushing within the schools has been significantly reduced as a result of the systems being in place. Additionally each school has achieved a BREEAM Excellent accreditation.

The six schools involved in this project are: